We could start with Once upon a time.
A city, pompous and majestic. Made of palaces and castles, adorned with a thousand colonnades and caryatids, resplendent under an always clement sky. One could tell the story of its greatness and then its fall. Except that none of this is true. It was not once. In the exhibition proposed by Julio, Sofia Fanego, Étienne François and Manon Pretto do not offer us an exhibition-reconstitution, a witness to a bygone era. We are not afterwards, looking back at the extent of the damage. The marvellous city does not exhibit its remains.

However, it is possible to be mistaken, if we are to believe the marked borrowing from the imagery of Greek and Roman antiquity by Étienne François, whose paintings show the ruins of temples, fragments of statues, vases or amphorae in which flowers have grown back. Vegetation seems to have regained ground even in Sofia Fanego's collages, where the bodies seem to be statues, Venuses that invasive plants have covered. Time seems to have passed and dislocated things. All that remains of the colossus are its two feet, which Manon Pretto presents to us in her installations. Their fall has shattered the ground, like a deflagration. One might therefore believe, in this exhibition, that we are arriving after the collapse.

But something resists us, perhaps we were a little hasty. By

the evidence of the catastrophe, we realise that everything we see is at odds with the

that everything we see is at odds with this sequence of events. The materials are too new,

the images too sharp, the colours too synthetic.

If the photographs that Sophia Fanego uses in her series of collages are indeed from another time, they are nonetheless a recent archaeology. They are taken from magazines and second-hand books from the 1960s that the artist collects. We see young naked women, an anachronistic vision of an objectified female body, unfortunately still too topical. The artist takes fragments from them, which she assembles with dried plants and flowers. They follow the postures of the bodies, concealing them as much as they incorporate them. The artist reminds us that a body, however glossy and mystified it may become once staged, is above all something living, and therefore perishable. The organic is a matter of time.

Even stones and statues age, whether they represent so-called immortal deities or not. Manon Pretto's Talaria are undoubtedly a reference to the winged sandals of Hermes, the messenger of Greek mythology. But they carry the extensions of 700, 350 V2, which are none other than sneaker models from world-famous sports brands. The most striking clue is undoubtedly the material that makes up this debris, which is as recognisable as it is contemporary. The artist presents casts of concrete trainers on site, taken from nearby urban construction sites shortly before the exhibition. Deformed by the pressure of the material, they display gradations of fluorescent colours that almost look like 3D models. Erosion is manufactured, anticipated. And even if marketing voraciously tries to seize time, it will always slip through its fingers.

A temporal disruption is at work, and our perception of the landscape is turned upside down in the paintings of Étienne François. If for a brief moment we saw mythological scenes, then Hubert Robert has taken acid. The forms are diluted, architecture, nature and artefacts are mixed in a palette ranging from almond green to candy pink, resolutely pop, too vivid to be believed to be tarnished by time. And if Étienne François reassures us by titling a painting Storm never lasts, the large format Dare mighty things - which takes up the message hidden under the parachute of the Perseverance rover sent to Mars by NASA last month - reminds us that the great conquests of man are not without consequences, and that nothing is eternal.

The idea that in this exhibition, the catastrophe is rather that of a present time, dramatised in the manner of the great myths. We can certainly perceive echoes of known stories, those of the fall of great cities, punished for their pride in the face of the gods, but everything is a little too concrete to be left to the legends and biblical stories. The soft and colourful atmosphere of the exhibition seems almost paradoxical when one starts to wonder what these 2021 ruins have to tell us. At a time of ecological, sanitary and political disasters, at a time when water is rising, we hear Atlantis reminding us of itself. 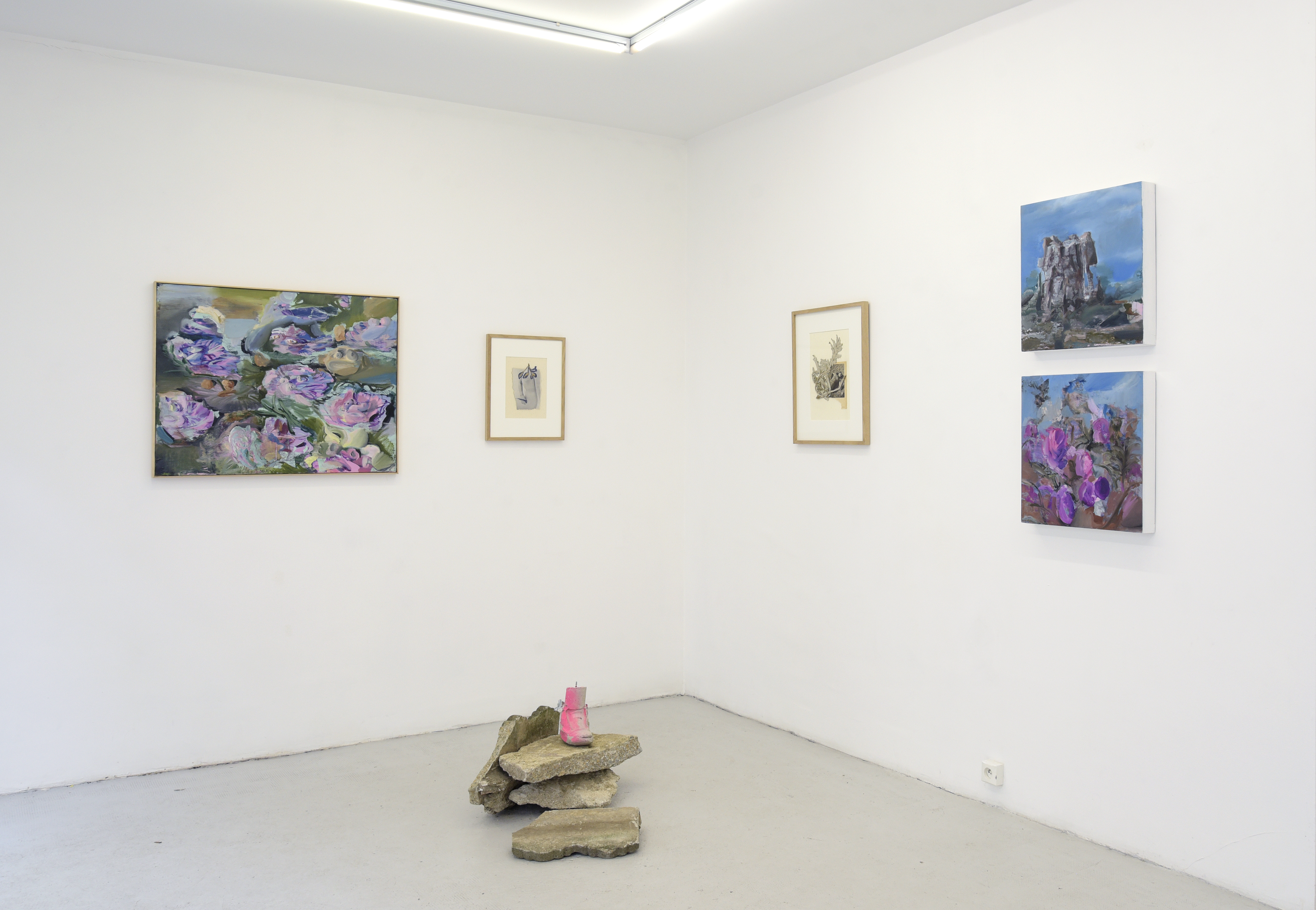 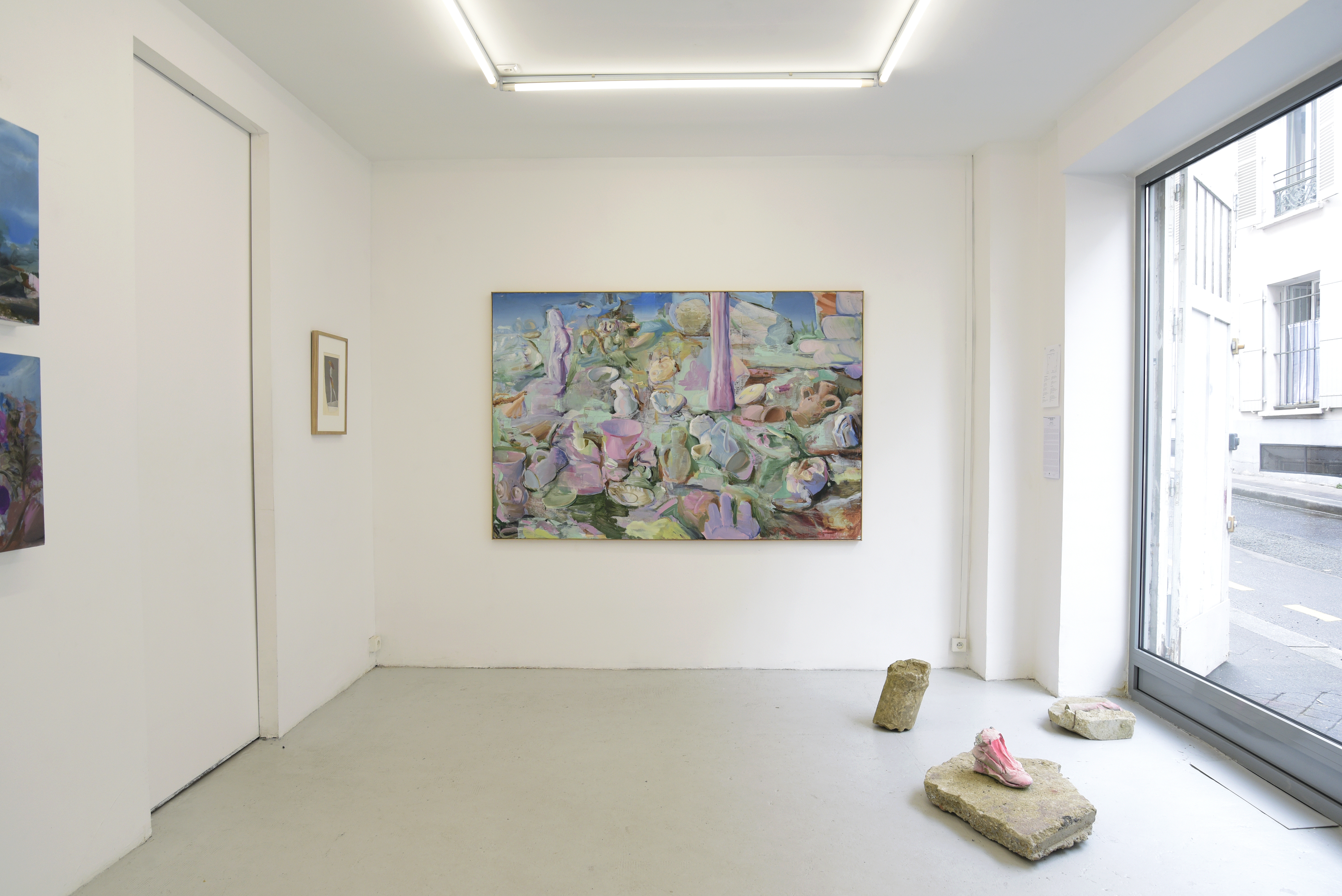 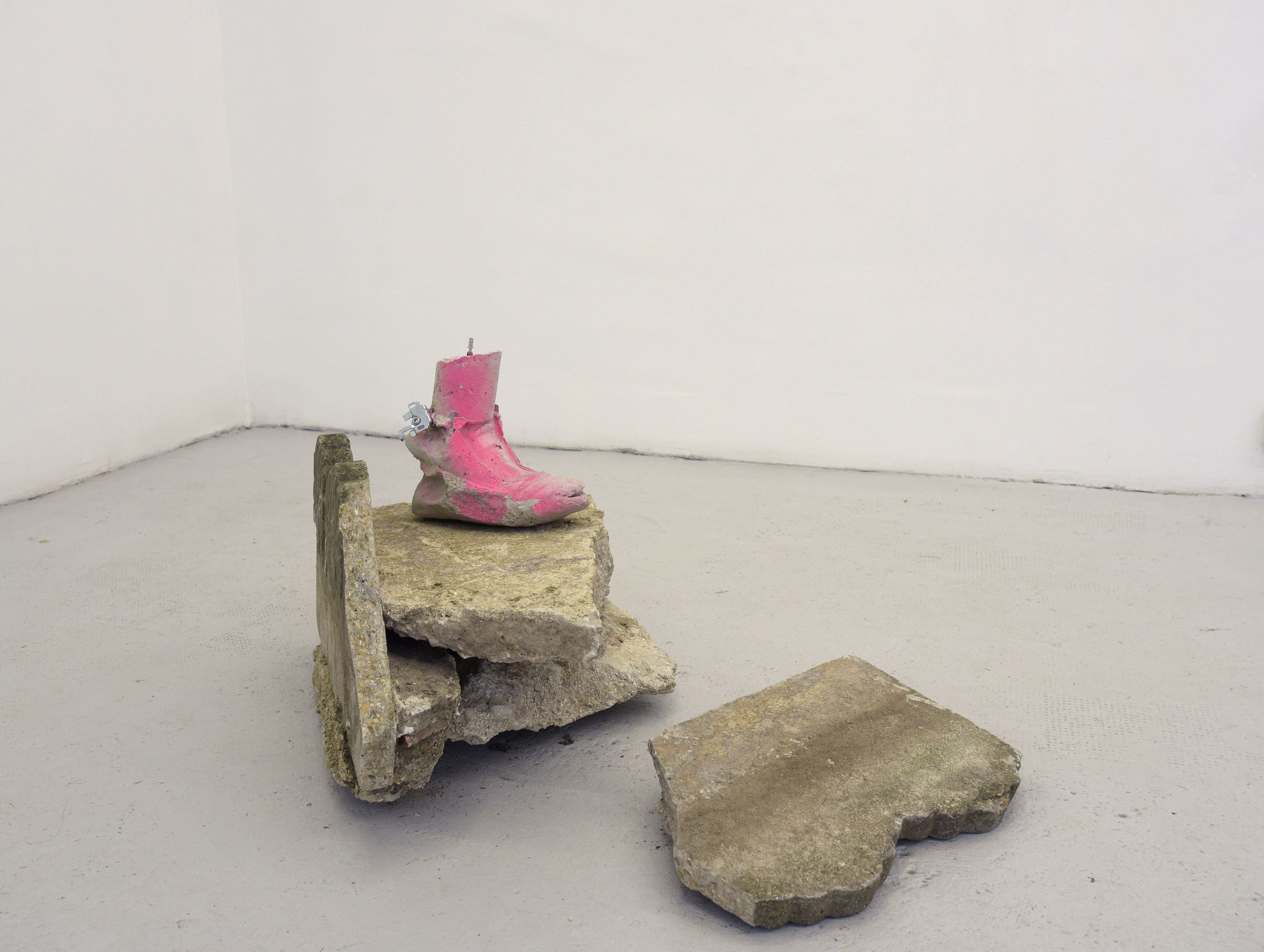