Like the first step on the moon, this glove appears as an inlaid trace, a forgotten one shining under the neon light. This installation is the remanence of a research trip to the city of Detroit, in the United States. This research group «Leviathan» looks at social issues through the prism of literature by means of the figure of a mythological creature.

Something is being woven in Detroit, in the dark and shifting depths of the place of a shipwreck, that of the city. It is not a question of getting caught up in the spectacle of catastrophe offered by the images of the ruin-porners. Detroit brings us as close as possible to this «after-disaster», whose footprints are still preserved and whose «survivors» are also the first witnesses.

This blue-tinted lunar image seems to us to come from a science-fiction universe. From a glove between imprint and calcification, this image seems to bear witness to an era. An age indistinguishable from a time past or a time to come. A construction glove symbolising a certain class of population, builders, pioneers of a world; a world that has disappeared.

This image is based on a fictional archaeological concept. Working in the field of installation, history, photography and cinema. This photograph, which corresponds to an ambiguous in-between, depicts future relics of the present, disturbing the temporality of the object being viewed.

While the present, the future and the past combine with a uchronic and falsely fragile aesthetic, this installation puts in tension a relationship to the printed object and the icon. This photograph is halfway between testimony and proof. The idea is to create a fiction about the full potentiality of the narrative behind this image by playing on the experience of the timelessness of certain symbols and intercultural gestures. Reading is further enhanced by neon lighting. 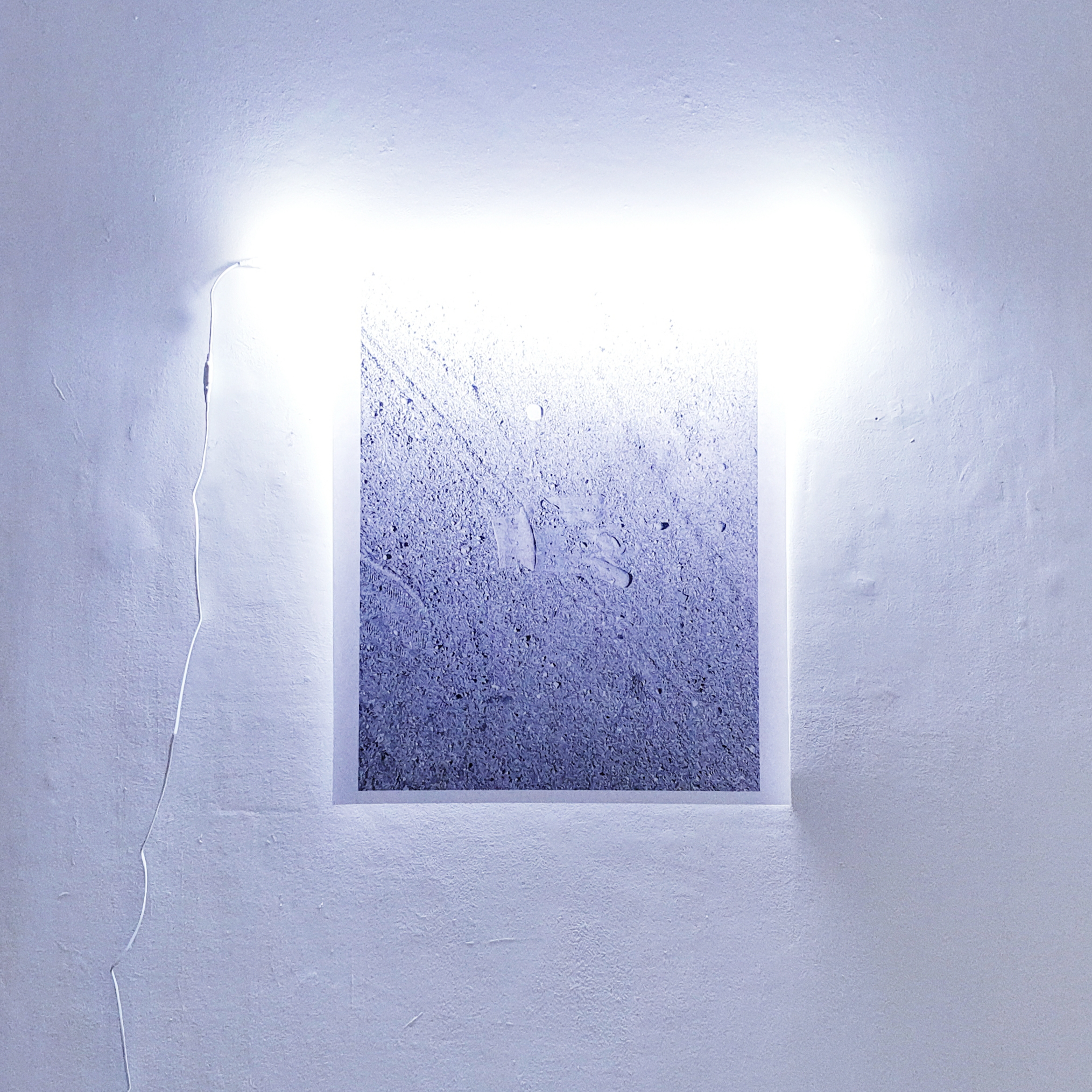 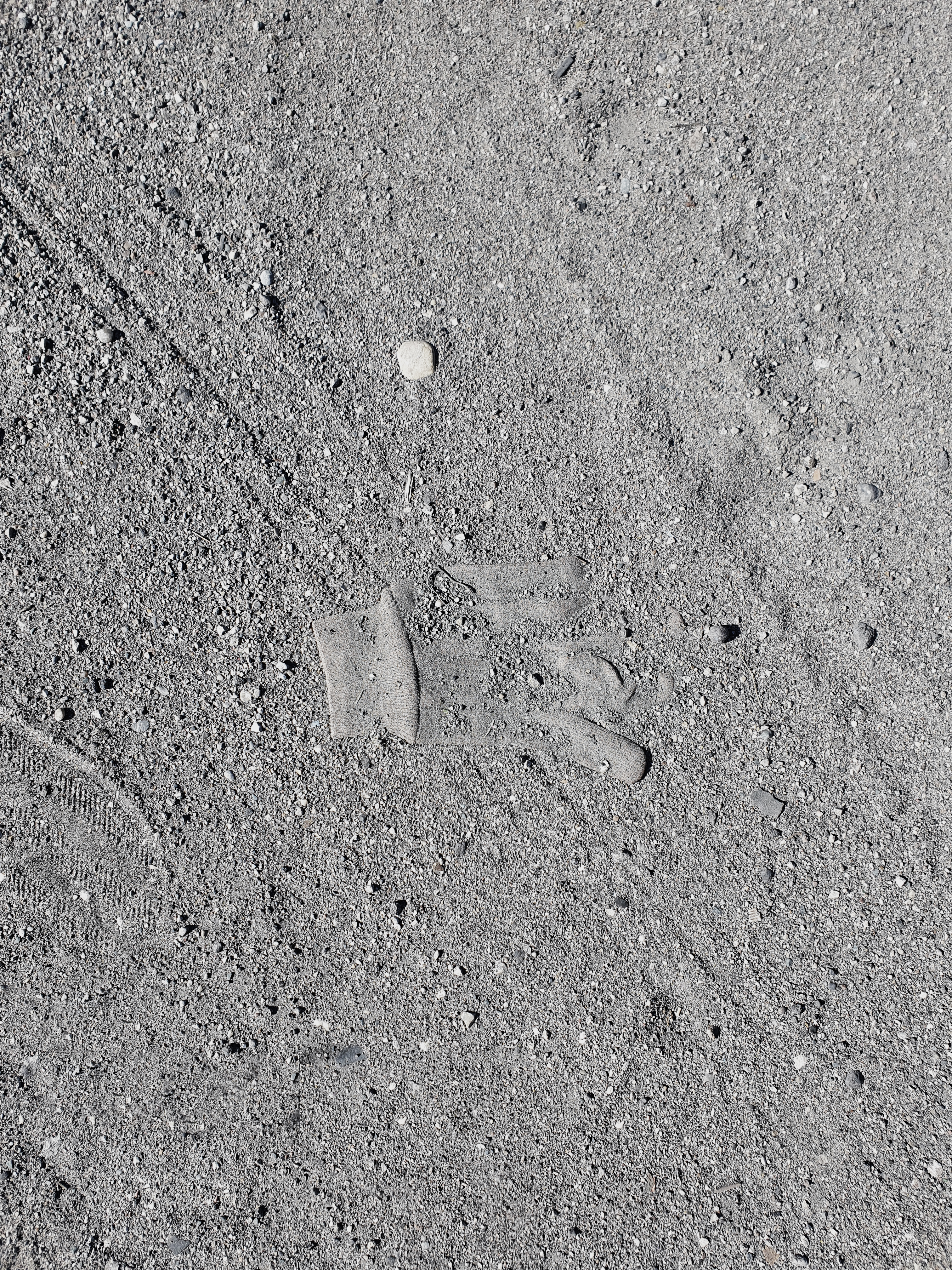