Shadow whisperer is a performance where the notion of visibility - invisibility is paramount. It is a form in itself, an ambiguous form, it is both a form of oppression and a form of resistance. Manon’s projects are designed for an ever-changing environment; the idea of displacement and movement is therefore omnipresent in her work. They are also designed for a predominantly urban environment and have a strong political aspect. Bringing these projects into the space of a gallery is therefore rather ambiguous because the question of visibility is paramount. This leads to a new problem: how to make visible that which makes it possible to hide? The mobility of the works, and its commentary in the shadows, escapes any recourse to a fixed exhibition. Its «masked interpreters» are like in another time. They are static as if disconnected, indifferent to the crowd around them, they are almost robotic. In many ways, they become the characters of a supervised environment, a world where one hides one’s identity in order to exist. Sweat, masks, veils, fixed gaze, everything is done to translate a climate of permanent observation in the public. What appears as a common, invisible, impalpable freedom becomes ultra-present. The visitor must gradually become aware of his «voyeurism»: it is no longer just threatening characters who are in front of him, but people who protect their identity. 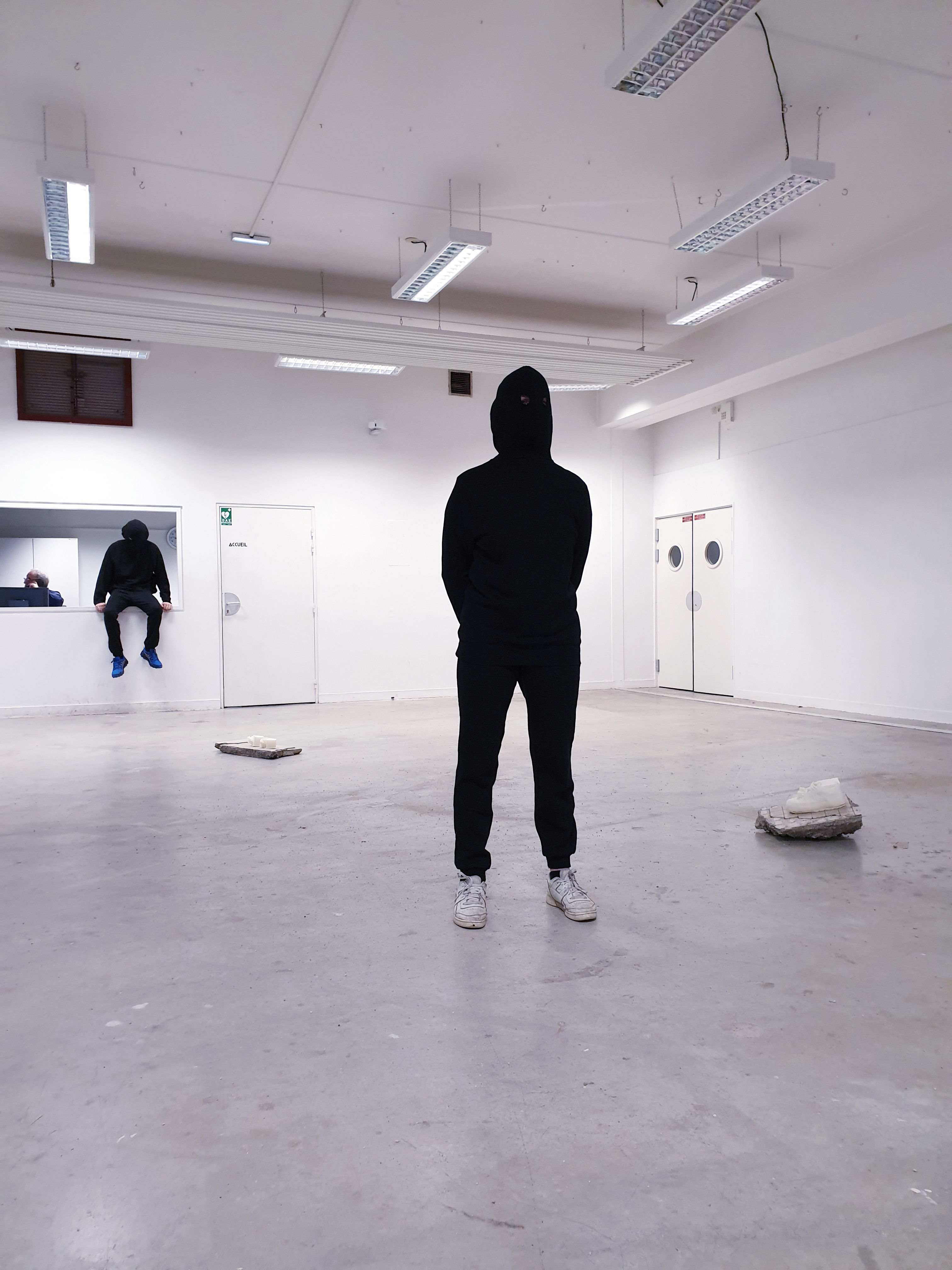